Blog
Jobs
About
Help and FAQ 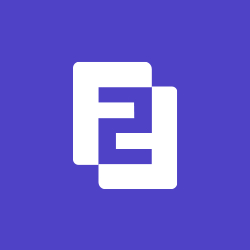 Blockchain, bitcoin, crypto... It's likely that you've heard these terms before. Although bitcoin is the most famous application that uses blockchain technology, it's not the only use case. Don't panic, we'll explain what blockchain is, what it can be used for and more importantly – how blockchain technology helps F2F to protect your content!

A blockchain can be defined as a decentralised database. While regular databases are generally stored in one place (like a server owned by F2F), decentralised databases are stored on various servers across a network of computers. Blockchains come in various shapes and sizes, but generally share one important property: it's impossible to modify or delete data from the database.

What can blockchain be used for?

Blockchain is slowly becoming the latest buzzword in the digital world. It started with cryptocurrencies such as bitcoin (financial applications of blockchain), but soon evolved into non-fungible tokens (NFTs) and the ‘metaverse’ (a digital world some people expect to replace the current Internet).

Even though blockchain currently powers all kinds of different applications, it was originally invented (in 1991!) to timestamp digital documents. People would generate a unique code for a document, similar to a fingerprint, and add this to the blockchain. Because this hash can’t be modified or removed, this transaction proves that you were able to calculate the fingerprint at the moment of the transaction.

How does F2F use blockchain?

We have taken this concept one step further – instead of timestamping the fingerprints from digital documents, F2F timestamps the fingerprints from your content on a blockchain. The entire process can be compared to a notary, but then much faster. It's easier for F2F to take action against stolen content that was timestamped, which is why it deters people with bad intentions.

We can assure you that by working with F2F, you're at the front of the latest developments in blockchain technology!